This guy is dead wrong… ran into this article a year ago, and posted the following comments on FB:
How ‘Star Wars’ ruined sci-fi

The six “Star Wars” films have been enormous successes: they have grossed over $2 billion domestically at the box office, spawned scores of books, comic books and merchandise (how many kids have their own light saber?) and made household names of characters like Darth Vader, Han Solo and Luke Skywalker.

They’ve also been the worst thing ever for the science fiction genre.
[…]
Instead, I’ll queue up “The Matrix,” and enjoy the most original sci-fi movie of the past 25 years. I recommend “Star Wars” fans do the same. They need to be reminded what real creativity is all about.

Star Wars is, like a great many other SF films before it, a pretty generic adventure story with an SF setting.

Not too different from Forbidden Planet (though cribbed from Kurosawa rather than Shakespeare) just as the Day the Earth Stood Still was a mild thriller with SF elements (and arguably cribbed from Christianity) as well as myriad less well remembered options. Star Wars’ only fault is its enduring success.

Meanwhile, he loses all credibility when he calls The Matrix the most original SF film of the past 25 years… it’s a VISUALLY stunning film, one of the high points of the late 1990s but it makes little sense and has a setting/premise that is a pastiche of William Gibson and the Terminator series. Meanwhile, he ignores a whole lot of really well done recent SF films; given his otherwise apparent highbrow bias, I’d think this guy would have LOVED Gattaca, and more recently while flawed Looper, Source Code, and In Time all had more depth and originality to their plots than the Matrix (let alone the tepid and nonsensical sequels) although none can match the visual spectacle of The Matrix ( or Star Wars. )

Found this via the FB memories feature, which is pretty cool.

Pornography production in Los Angeles appears to have plunged in the wake of a law which compels performers to use condoms.

The number of permits issued for adult films fell 90% last year to just 40 permits compared with 2012, when the law was introduced, the Los Angeles Times reported on Wednesday.

“We’ve seen a dramatic drop in permits,” Paul Audley, president of FilmLA, told the paper. “It is a cause for concern that people who are manning the cameras, lights and other things on those sets are not working anymore.”

Another gem from lower in the article:

Just watched Wild in the Streets on cable, and thought I’d leave a note here since it’s exactly the sort of film I see once and then a couple of years later think:

What was that 60s film about youth taking over the country?

So by writing about it here, hopefully I’ll find it more easily. It’s sort of like a prequel to Logan’s Run, minus the whole “overpopulation” angle.

First, saw Clerks 2 tonight. Best movie… ev… well, not quite, but certainly best comedy in quite a while and a truly fitting finale to the New Jersey saga.

Second, file under unclassifiable 100 Reasons Why I Hate My Husband; sad, but very funny.

Lastly, via RASSF, on MSNBC we get: Outer-space sex carries complications

LAS VEGAS – Having sex in the weightlessness of outer space is the stuff of urban legends and romantic fantasy — but experts say that there would be definite downsides as well.

etc… it mentions briefly sex during Zero-G flights (such as on the “Vomit Comet”) – which has been done in an adult movie, Private’s The Uranus Experiment

And that’s all for today.

Fox will release the original version of the trilogy on dvd this fall.

Even though George Lucas adamantly declared 2004’s digitally restored Star Wars Trilogy DVDs the definitive versions of his movies, fans have held out hope for DVDs of the originals.

Their wishes will be granted Sept. 12 when Fox releases new two-disc DVDs ($30 each) of Star Wars (since retitled as Episode IV: A New Hope), The Empire Strikes Back and Return of the Jedi that include the films as they first appeared in theaters, along with the new, restored versions (now available in the four-disc $70 Star Wars Trilogy).

Fox and Lucas are simply taking a page from their old playbook, as expressed by Mel Brooks: “Who knows? God willing, we’ll all meet again in Spaceballs 2: The Search for More Money.” Wait for the EXTRA Special Edition, perhaps?

OK, Greedo shooting first was not an improvement, but overall I’m not bothered by the changes made to the new Special Editions (and a few of the changes to the DVD versions specifically, like the new Emperor scene in ESB, are actually minor improvements in my opinion). And I have the 1993 VHS boxed set (purchased new) … all told, I’m going to wait for cheap used copies, if I pick up the “original version” DVDs at all. Which, I suppose, still makes me a big dork. (Or more likely, I’ll get them on HD-DVD or something. New medium? Must get Star Wars again…)

Savanna Samson did just that, but when it received a score of 90 to 91 out of 100 by wine guru Robert Parker, the project became serious. It turns out Samson, the star of “The New Devil in Miss Jones,” has produced an exceptional wine, becoming the toast of two industries: wine-making and pornography.

The character of Lazlo Hollyfeld in the film Real Genius may have been loosely based on a real person:

Chuck claims to be a fairly normal inventor at a large audio equipment manufacturer. But in 1972, Chuck lived in the tunnels beneath Caltech’s student dormitories. Soon thereafter, he moved into the misty realm of Caltech legend, where he apparently still lives today.

His legend played a central role in a recent movie about Caltech, called “Real Genius”. The movie was directed by Martha Coolidge and starred Val Kilmer. In the movie, a burned-out misfit named Lazlo Hollyfeld lives in the tunnels beneath a student dorm, easily recognized as Dabney House.

Found via google, looking for something else entirely.

FROM:PRNCSS. L ORGANA
DEAR friend.
I AM PRINCESS LEIA ORGANA ONLY SURVIVOR
OF THE ROYALFAMILY OF ALDERAN (ALDRN).
I AM MOVED TO WRITE YOU THIS LETTER,
THIS WAS IN CONFIDENCE CONSIDERING MY
PRESENT CIRCUMSTANCE AND SITUATION.
I WAS FALSLEY IMPRISONED UPON THE
IMPERIAL BATTLESTATION (“DEATH STAR”)
WHEN MY PLANET WAS HIDEOUSLY DESTROYED
AND ENDED BY THE BVERY BAD SITH LORD
VADER. I ESCAPED ALONG WITH THE AID OF
BRAVE REBELS AND WOOKIES, AND AM NOW I
AM LYING LOW DUE TO THE SITUATION IN
THE 4TH MOON OF YAVIN TILL WHEN THINGS
GETS BETTER. I HAVE CONTROL HERE OF
THE SUM OF $25, MILLIONNN IN IMPERIAL
CREDITS DEPOSITED WITH A SECURITY COMAPNY
FOR SAFEKEEPING ON TATOOINE.

One version of the Nigerian Spam, a-la Star Wars.

First, because it’s too cute to resist: 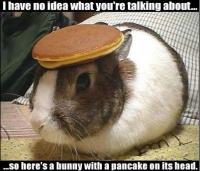 Other than that, not a lot of news. I’m back from a vacation that wasn’t, in the end, all that relaxing… though I will have got my AA Platinum renewed for another year once the miles post for the flight home. I’m not sure I’m going to bother next year; I’ve got the miles for Marie’s graduation trip, and I can’t help feeling that I’ve got better things to do with my life than travelling by myself (with company would help, I grant… perhaps someday, when Marie is done with school, or under other better circumstances.)

Slappy’s getting married this Saturday, which is really cool, though I am sad I will be missing a third weekend in a row out of town. Work is hectic; we have some deadlines coming up I have been procrastinating on finishing up rather badly, so I will be busy with that. Ah well.

I just did an incomplete recount, and if Iâ€™m counting right and have removed all the duplicate entries properly, the total is around 550-600 of them (I had an exact number, but have already noted duplicates and omissions especially ones not ordered online).

A list, for the truly masochistic (or those who want to gloat that theyâ€™ve got even more) after the break. Actually, itâ€™s mainly for family to make sure that any Christmas gifts donâ€™t duplicate ones I already have.

END_OF_DOCUMENT_TOKEN_TO_BE_REPLACED

Just got back from Episode 3.

Someone on the Sigma Nu mailing list posted “What the FUCK was that?” and I sort of second that.

Some thoughts, though, after the break as there’s a minor spoiler or two: END_OF_DOCUMENT_TOKEN_TO_BE_REPLACED

Not content to wait for May 18th or whatever it is to know that George Lucas will not pull any rabbits out of his hat, I bought the Episode III novelization today. Review possibly to come later… we’ll see.